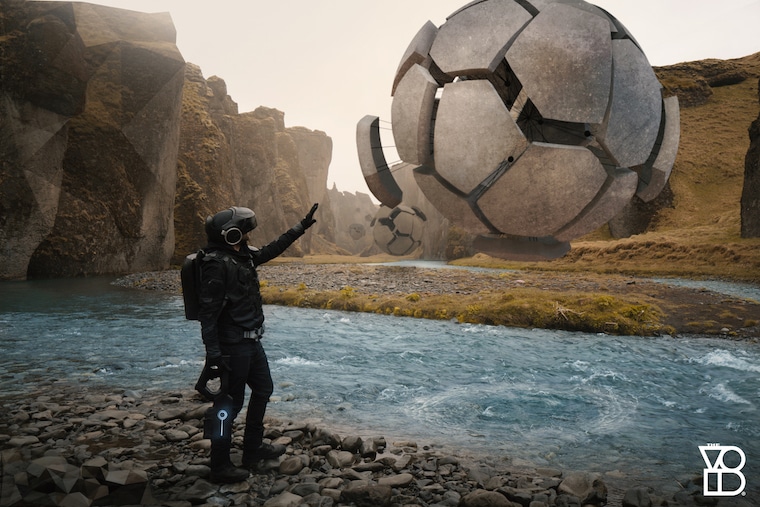 Inside one of greater Washington’s most popular shopping malls, there is now an immersive virtual reality entertainment business as well. The Void opened in Tysons Corner Center on October 18th.

Short for ‘The Vision of Infinite Dimensions,’ the business started offering its first experience – Avengers: Damage Control. Tickets are $39.95 per person and bookings are available for both individual and group visits online.

Putting on a special headset, a hand tracking sensor and a haptic suit similar to that of Iron Man, customers join three fellow superheroes in an attempt to stop the theft of their technology and its use by enemies for “unleashing an oppressive new age upon the world” as part of the company’s first offering at Tysons Corner location.

Artist and entrepreneur Ken Bretschneider founded The Void in 2016 in Utah with two business partners. Before coming to Northern Virginia, however, the company first expanded to the rest of the U.S. and then internationally. It now has a presence in Canada, Malaysia and the United Arab Emirates as well as in eight states across America.

Its technology allows users to freely explore a virtual world that they don’t only see via their headsets but also interact with thanks to the features of its stage such as motion tracking cameras, foam walls, fans, mist machines and heat lamps. All of those features help to trick the users’ nervous systems into believing that what they see is beyond a collection of unreal images, increasing the illusion of immersion.

For Brethschneider, virtual reality was something he adapted to his life a long time ago, just without the same technology, to escape the horror of the difficult life he had as a little child. When what he started in Evermore Park in Pleasant Grove, Utah, became bigger and bigger each year, he told of who and what initially motivated him to embark on this journey in an interview last year.

“I grew up in a really, really bad home situation where my father was very abusive, so it’s not all a happy story. But I had a wonderful situation happen,” he said in reference to a neighbor who built many things — tree forts, submarines, mazes and more — for his children and their friends including Brethschneider.

“That was so important for me as kid. I had to get out of that environment. It left such a huge impact my entire life that I kept being drawn to this idea of imagination and creativity, and how it’s so important for children and adults alike to be able to explore with their imagination and have an escape for a moment, to do something that’s not part of the everyday grind.”

Building on the success of the experience that they provide to the customers in and outside the U.S. today, he and his co-founders plan to open more than two-dozen new locations around the world by 2022.